The Fortunes of Richard Mahony 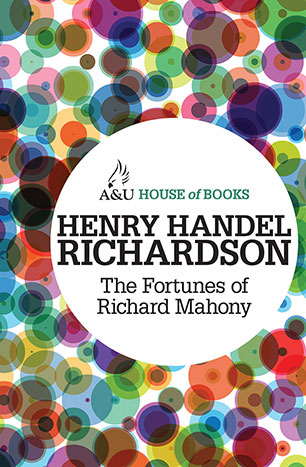 A superb, sprawling trilogy of a family fortune won and lost in gold-rush Australia.

Despite a happy marriage and children, Irish migrant Richard Mahony struggles to quell his growing restlessness, with tragic consequences.

All three volumes - Australia Felix, The Way Home and Ultime Thule - are included here. The trilogy stands as one of the great portraits of the Australian canon-and a vivid depiction of the migrant experience.

Ethel Florence Lindesay Richardson was born in 1870 in Melbourne, and took the pen name 'Henry Handel' from her uncle. After her father's untimely death, Ethel and her sister were supported by their mother. She met her husband J. George Robertson in Germany, where both were students, and where Ethel began her career as a translator and sustained an interest in European culture. Her novels include Maurice Guest (1908), The Fortunes of Richard Mahony (1917-29), The Era of Childhood and Other Stories (1934) and The Young Cosima (1939). Her autobiography, Myself When Young, remained unfinished at her death in 1946.