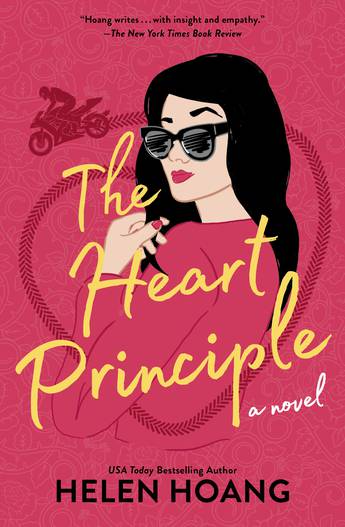 A woman struggling with burnout learns to embrace the unexpected - and the man she enlists to help her - in this heartfelt new romance by the bestselling author of The Kiss Quotient, Helen Hoang.

When violinist Anna Sun accidentally achieves career success with a viral YouTube video, she finds herself incapacitated and burned out from her attempts to replicate that moment. And when her long-time boyfriend announces that he wants an open relationship before making a final commitment, a hurt and angry Anna decides if he wants an open relationship, then she does, too. Translation: She's going to embark on a string of one-night stands. The more unacceptable the men, the better.

That's where tattooed, motorcycle-riding Quan Diep comes in. Their first attempt at a one-night stand fails, as does their second and their third, because being with Quan is more than sex-he accepts Anna on an unconditional level that she herself has just begun to understand.

Helen Hoang is that shy person who never talks. Until she does. And the worst things fly out of her mouth. She read her first romance novel in eighth grade and has been addicted ever since. In 2016, she was diagnosed with Autism Spectrum Disorder in line with what was previously known as Asperger's Syndrome. Her journey inspired New York Times Bestseller The Kiss Quotient. Her second book, The Bride Test, was published in 2019. She currently lives in San Diego, California with her husband, two kids and pet fish.