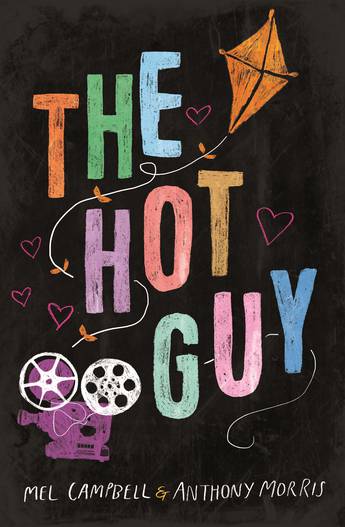 Adam, a serious cinema nerd, has no idea that he is the Hot Guy a man so ridiculously attractive there's a Facebook group dedicated to seducing him.

Cate, a sports publicist who loves to crack a joke, is feeling down about her newly single status when her friends suggest the perfect pick-me-up: a night with the Hot Guy.

But that one night leaves both Cate and Adam wanting. Is a genuine connection possible with a guy this phenomenally smokin'?

Written by film critic duo Mel Campbell and Anthony Morris, and packed with movie-related humour, The Hot Guy is a funny, warm, savvy, and genuine romcom, with characters you won't want to kick out of bed.
More books by this author

Mel Campbell is a Melbourne-based freelance journalist, critic, copywriter and editor. Mel researches and writes about film and television, clothing and costume, books and ideas, media and consumer culture, and the wonderful, underrated banalities of everyday life. She's fascinated by the persistence of the past in the present, and the moments and artefacts we take for granted or leave behind. Her first book was Out of Shape: Debunking Myths about Fashion and Fit (Affirm Press, 2013). She writes on film, TV and media at Junkee, The Big Issue, Crikey, Metro, The Guardian and more. She is currently a co-host of fortnightly culture podcast The Rereaders, a columnist on writing at Overland magazine, a lecturer in Monash University's Master of Communications and Media Studies program, and a commentator in live discussions, on radio and online. She tweets at @incrediblemelk

Anthony Morris is a Melbourne-based freelance journalist and critic. He's been writing about and reviewing film for over twenty years. In that time he's reviewed around 250-300 films a year and written articles ranging from the lightweight to the in-depth. Anthony is currently the Film Editor at Forte magazine, and the Small Screen Editor at The Big Issue. He also writes regularly for for Empire magazine, SBS Online, Broadsheet and Junkee, and in the past his work has appeared in venues as varied as Kill Your Darlings, The Lifted Brow, Eureka Street and Network Video News. His short fiction has appeared in Interzone, Aurealis and Eidolon.