The Illumination of Ursula Flight 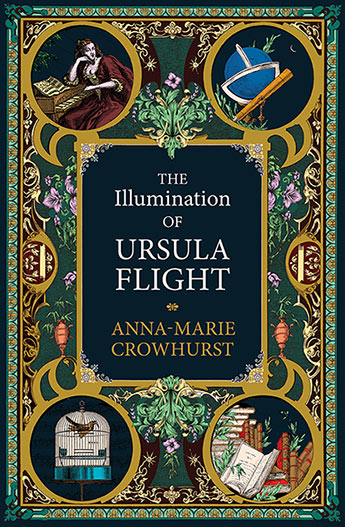 A charming, whip-smart and funny tale, full of heart and spirit, of one young woman's coming of age both on and off the stage in seventeenth-century England.

On the 15th day of December in the year of our Lord 1664, a great light bloomed in the dark sky and crept slowly and silently across the blackness: a comet. Every evening afterwards, though snow lay on the ground and the air bit with frost, men across the land threw open their windows and went out of their doors in cloaks and mufflers to gaze at the heavens, necks stretched up, hands shielding eyes, crooking long fingers to trace the burning thing that flamed across the night, while dogs moaned in their kennels and wise women chanted incantations against bright malignant spirits.

Born on the night of an ill-auguring comet just before Charles II's Restoration, Ursula Flight has a difficult future written in the stars.

Against the custom of the age she begins an education with her father, who fosters in her a love of reading, writing and astrology.

Following a surprising meeting with an actress, Ursula's dreams turn to the theatre and thus begins her quest to become a playwright despite scoundrels, bounders, bad luck and heartbreak.

A vivid, passionate and gutsy tale of a most unusual girl in a world far away.
More books by this author

Anna-Marie Crowhurst read English at King's College London and has worked as a freelance fashion and culture journalist for more than 15 years, contributing to publications including The Times, The Guardian, Time Out, Stylist and Emerald Street.

Her debut novel The Illumination of Ursula Flight was written during her recent MA in Creative Writing at Bath Spa University, and was supervised by the award-winning novelist Tessa Hadley. Anna-Marie graduated with distinction in 2017. She lives in London.