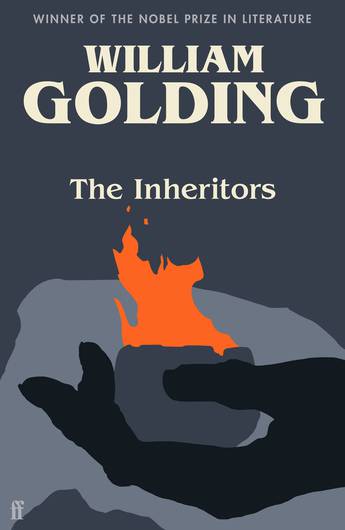 Hunt, trek, and feast among Neanderthals in this stunning vision of prehistory on the cusp of a new age, from the radical Nobel Laureate and author of Lord of the Flies, introduced by Ben Okri.

When spring comes, the people leave their winter cave, foraging for honey and shoots, bulbs and grubs, the hot richness of a deer's brain. They awaken the fire to heat their naked bodies, lay down their thorn bushes, and share pictures in their minds.

But strange things are happening - inexplicable scents, sounds, and violence - and, suddenly, unimaginable creatures are half-glimpsed in the forest; an upright new people of bone-faces and deerskins. What the early people don't know is that their season is already over ...
More books by this author

William Golding (1911 - 1993) was born in Cornwall and educated at Oxford. In his youth he was a keen actor, lecturer, small-boat sailor, and musician. In 1940 he joined the Royal Navy, where he saw action against battleships and pursued the Bismarck; after the war, he became a schoolteacher until 1961. Golding's debut novel,Lord of the Flies, was published in 1954 after being rescued from Faber & Faber's slush pile of manuscripts, and was filmed by Peter Brook in 1963. He won the Booker Prize for Rites of Passage in 1980, and was awarded the Nobel Prize for Literature in 1983, as well as being knighted in 1988. Recently, the Times ranked Golding third on their list of the 50 greatest British writers since 1945.

Nigerian-born poet and author Ben Okri is the author of eight novels, including his Booker-Prize-winning novel The Famished Road as well as collections of poetry, short stories and essays, translated into more than 20 languages. He is a Fellow of the Royal Society of Literature and has won numerous international prizes, including the Commonwealth Writers Prize for Africa, the Aga Khan Prize for Fiction and the Chianti Rufino-Antico Fattore. He is a Vice-President of the English Centre of International PEN and was awarded the OBE in 2001.