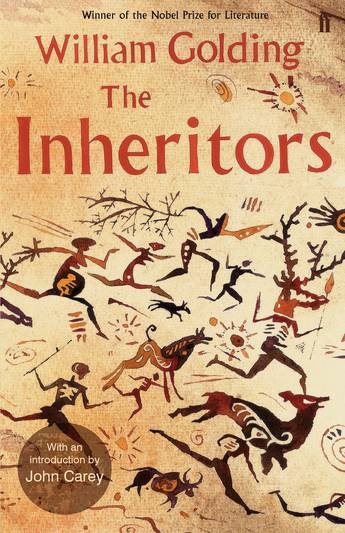 A startling recreation of the lost world of the neanderthals, and a frightening vision of the beginnings of a new age.

When the spring came the people - what was left of them - moved back by the old paths from the sea. But this year strange things were happening, terrifying things that had never happened before. Inexplicable sounds and smells; new, unimaginable creatures half glimpsed through the leaves. What the people didn't, and perhaps never would, know, was that the day of their people was already over.

From the author of Lord of the Flies, The Inheritors is a startling recreation of the lost world of the Neanderthals, and a frightening vision of the beginning of a new age.
More books by this author

William Golding was born in Cornwall in 1911 and was educated at Marlborough Grammar School and at Brasenose College, Oxford. Before he became a schoolmaster he was an actor, a lecturer, a small-boat sailor and a musician. A now rare volume, Poems, appeared in 1934. In 1940 he joined the Royal Navy and saw action against battleships, and also took part in the pursuit of the Bismarck. He finished the war as a Lieutenant in command of a rocket ship, which was off the French coast for the D-Day invasion, and later at the island of Walcheren. After the war he returned to Bishop Wordsworth's School in Salisbury and was there when his first novel, Lord of the Flies, was published in 1954. He gave up teaching in 1961. Lord of the Flies was filmed by Peter Brook in 1963. Golding listed his hobbies as music, chess, sailing, archaeology and classical Greek (which he taught himself). Many of these subjects appear in his essay collections The Hot Gates and A Moving Target. He won the Booker Prize for his novel Rites of Passage in 1980, and was awarded the Nobel Prize for Literature in 1983. He was knighted in 1988. He died at his home in the summer of 1993. The Double Tongue, a novel left in draft at his death, was published in June 1995.