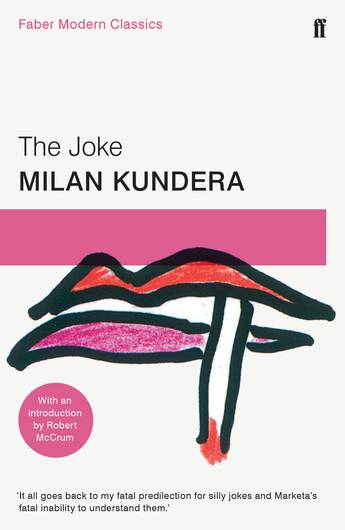 The Joke, Milan Kundera's first novel, of which Salman Rushdie wrote 'It is impossible to do justice here to the subtleties, comedy and wisdom of this very beautiful novel. The author of The Joke is clearly one of the best to be found anywhere.'

The Joke, Milan Kundera's first novel, gained him a huge following in his own country, and launched his worldwide literary reputation.

'Kundera is the saddest, funniest and most lovable of authors.' - The Times
More books by this author

The French-Czech novelist Milan Kundera was born in the Czech Republic and has lived in France since 1975. He is the author of the internationally acclaimed and bestselling novels The Joke, Life is Elsewhere, The Farewell Waltz, The Book of Laughter and Forgetting, The Unbearable Lightness of Being, Immortality, and the short-story collection Laughable Loves -- all originally in Czech. His more recent novels , Slowness, Identity, and Ignorance, as well as his nonfiction works, The Art of the Novel, Testaments Betrayed, The Curtain, and Encounter, were originally written in French.