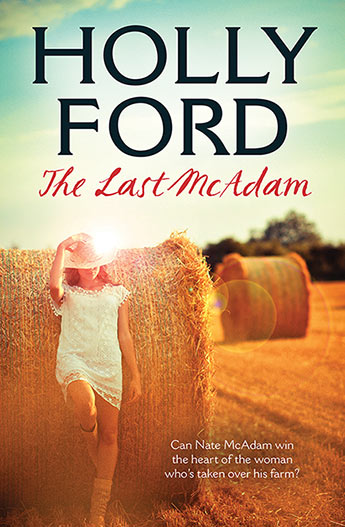 This romantic, irresistibly entertaining novel tells the story of Tess Drummond, who's been sent to turn around the fortunes of a remote sheep and cattle station her employer has taken over. What Tess hasn't counted on is coming up against the station's handsome and charismatic head stockman, Nate McAdam, whose family owned the property for generations...

Passed down through the same family for over a century, the remote sheep and cattle station of Broken Creek has recently been taken over by global agribusiness company Carnarvon Holdings. Now Carnarvon has sent its best troubleshooting manager, Tess Drummond, to turn the property's failing fortunes around - fast.

When Tess arrives to take the reins of Broken Creek she's faced with a couple of nasty surprises. For starters, her head stockman, Nate McAdam, happens to be the same gorgeous stranger she hooked up with - and ran out on - a few weeks before.

As if that wasn't bad enough, Nate was supposed to inherit Broken Creek until his stepfather ran it into the ground. Now the last McAdam on the station leads a team of men whose bonds have been forged through hell and high water and whose mission is to see off Carnarvon and Tess so he can take his rightful place.

A genius with farm work - and women - but a disaster in the office, Nate is everything Tess believes a farmer shouldn't be. Determined not to give in to her growing attraction to him, Tess sets out to do her job, but she soon finds herself caught up in the battle of her career.

This irresistibly entertaining novel combines romance, suspense and an unforgettable cast of characters.
More books by this author

Holly Ford is the pseudonym of a writer who grew up in a farming community in the Hokonui Hills in the South Island of New Zealand. Having lived and worked on three continents, she returned to her own patch of land in rural New Zealand, which she now shares with her family, an ever-increasing population of magpies and hares, and the occasional vacationing dairy cow. Her bestselling novels, packed with gutsy women who aren't afraid to take what they want and men who are worth their trouble, celebrate life and love in some of the world's most rugged country: the vast, spectacular mountain farms that form the backbone of New Zealand.