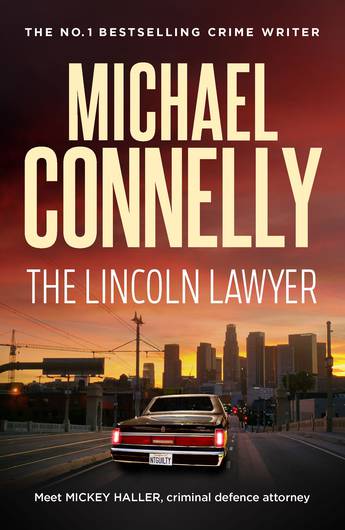 Introducing Mickey Haller, 'The Lincoln Lawyer', a cynical defence attorney whose one remaining spark of integrity may cost him his life.

Mickey Haller has spent his professional life afraid that he wouldn't recognise innocence if it stood right in front of him. He should have been on the lookout for evil.

Operating out of the back seat of his Lincoln Town Car, Haller travels between the far-flung courthouses of Los Angeles to defend clients of every kind. Bikers, con artists, drunk drivers, drug dealers - they're all on Mickey Haller's client list. For him, the law is rarely about guilt or innocence - it's about negotiation and manipulation.

When a Beverly Hills playboy is arrested for brutally beating a woman, Mickey has his first high-paying client in years. This is a defence attorney's dream, and as the evidence stacks up Haller concludes it may be the easiest case of his career.

But then someone is murdered and neither suspect nor victim are quite who they seem. For a lawyer who has always gone for the easy score, getting justice means risking everything.
More books by this author More books in this series

A former police reporter for the Los Angeles Times, Michael Connelly is the international bestselling author of the Harry Bosch thriller series and the legal thriller series featuring Mickey Haller, as well as several stand-alone bestsellers. His most recent #1 bestseller is Law of Innocence.