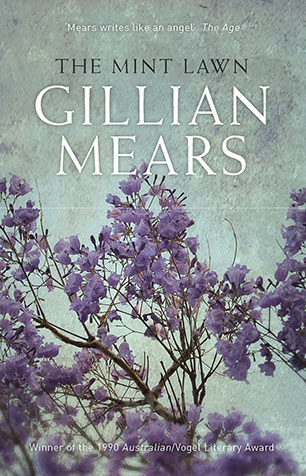 Winner of the 1990 Australian/Vogel Award, GIllian Meares' debut novel is set on the north coast of New South Wales and tells the story of the varied relationships and personal growth of a 25-year-old woman in a rural community.

Winner of the Australian/Vogel's Literary Award 1990

But only Clementine has stayed. Is this out of loyalty to her mother's memory? Or to comfort her father? Perhaps she wants to find peace with Hugh, her earnest husband in whose house she most uncomfortably lives? Or is the lure Thomas, who alone can appreciate Clementine's own sensuality, and her humour, but who must remain another of her secrets.

In The Mint Lawn, Gillian Mears has written a wonderful debut novel which will be read with pleasure and remembered with joy.

'Gillian Mears writes like an angel.' - Kate Veitch, The Age