Home>Browse>Books>Fiction>The Mistletoe Murder and Other Stories

The Mistletoe Murder and Other Stories 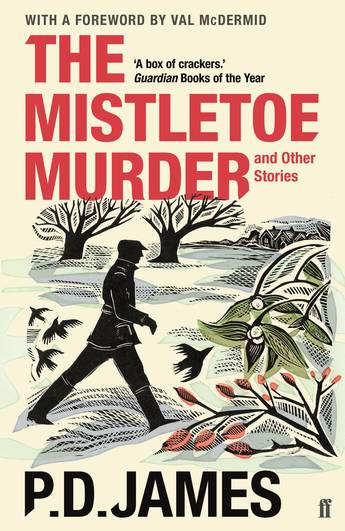 Now in a festive paperback: 'Well-turned, atmospheric tales from one of crime fiction's greats.' - The Age

P. D. James was frequently commissioned by newspapers and magazines to write a short story for Christmas, and four of the best have been drawn from the archives and published here together for the first time.

From the title story about a strained country-house Christmas party, to another about an illicit affair that ends in murder, plus two cases for detective Adam Dalgliesh, these are masterfully atmospheric stories by the acknowledged 'Queen of Crime'.
More books by this author

P. D. James (1920-2014) was born in Oxford and educated at Cambridge High School for Girls. From 1949 to 1968 she worked in the National Health Service and subsequently in the Home Office. She was a Fellow of the Royal Society of Literature and of the Royal Society of Arts and served as a Governor of the BBC, a member of the Arts Council, where she was Chairman of the Literary Advisory Panel, on the Board of the British Council and as a magistrate in Middlesex and London. She won awards for crime writing in Britain, America, Italy and Scandinavia, including the Mystery Writers of America Grandmaster Award and The National Arts Club Medal of Honor for Literature (US). She received honorary degrees from seven British universities, was awarded an OBE in 1983 and was created a life peer in 1991. In 1997 she was elected President of the Society of Authors, stepping down from the post in August 2013.