The Notebooks of Don Rigoberto 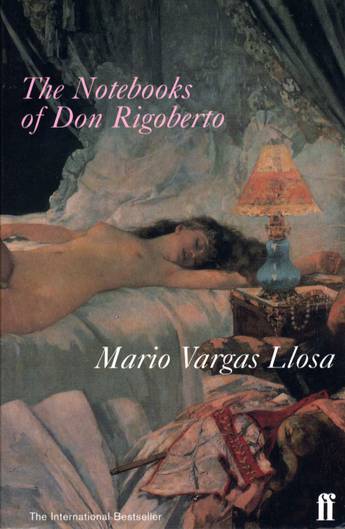 A funny, sexy, disquieting and compelling novel that is one of Vargas Llosa's finest works.

'Don Rigoberto is a hedonist, an erotomaniac, and a man whose private life is ruled by the most exotic of fantasies. His dull working days as an insurance executive serve only to fund his love of art, literature and the pursuit of pleasure.The Notebooks of Don Rigoberto, set in modern day Lima, is a classic Vargas Llosa tale of art and desire.Intricately constructed and beautifully conceived, it reaffirms Mario Vargas Llosa's reputation, alongside Gabriel Garcia Marquez, as one of South America's finest contemporary writers.' The Times
More books by this author

With novels including The War of the End of the World, Aunt Julia and the Scriptwriter, The Notebooks of Don Rigoberto and The Feast of the Goat, Mario Vargas Llosa has established an international reputation as one of the Latin America's most important authors.He was born in Peru in 1936 and educated at university in Lima, where he studied Humanities and Law. Later, a scholarship took him to Madrid and, having gained his PhD, he moved to Paris not knowing that he would live and work in Europe for the next eighteen years. He returned to Lima in 1974, although he makes regular trips to Europe.Always politically outspoken, from 1976 to 1979 Llosa served as President of PEN. His deep commitment to free expression is frequently reflected in the politically charged nature of his books, which have aroused the anger of the right and the left wing alike.A man of diverse interests, he is also a playwright.