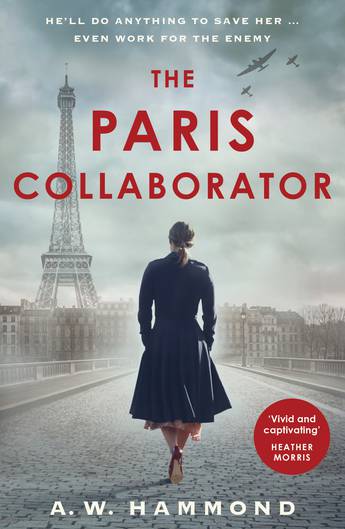 All the Light We Cannot See meets The Da Vinci Code in this riveting WWII mystery.

He'll do anything to save her ... even work for the enemy.

August, 1944. In German-occupied Paris, former schoolteacher Auguste Duchene has stumbled upon an unusual way to survive: he finds missing people. When he's approached by the French Resistance to locate a missing priest - and a cache of stolen weapons - Duchene initially refuses. But the Resistance offer him no choice. Within hours, he's also blackmailed by a powerful Nazi into searching for a German soldier who's suspected of deserting.

To fail at either task will have deadly consequences for Duchene - and for his daughter Marienne.

So begins a frantic race against time. As forces close in on Paris, Duchene has only 48 hours to locate the missing priest and soldier, or lose the only person he loves...
More books by this author

A.W. Hammond w as born in South Africa and emigrated to Australia as a child. He currently works at RMIT University and lives in Melbourne with his wife and daughters.