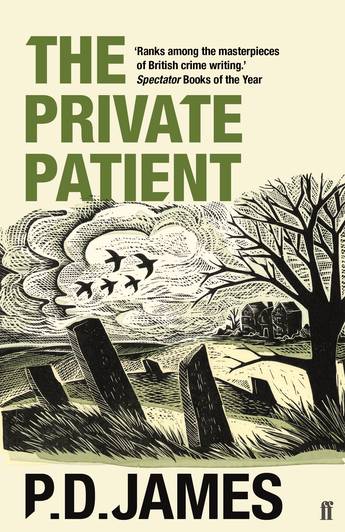 A beautiful new edition of The Private Patient, published for the first time as a Faber Paperback.

When the notorious investigative journalist, Rhoda Gradwyn, books into Mr Chandler-Powell's private clinic in Dorset for the removal of a disfiguring scar, she has every prospect of a successful operation and the beginning of a new life. But she was never to leave Cheverell Manor alive.

Dalgliesh and his team are called in to investigate the murder, and later a second death, which raises far more complicated problems than merely the question of innocence or guilt . . .
More books by this author More books in this series