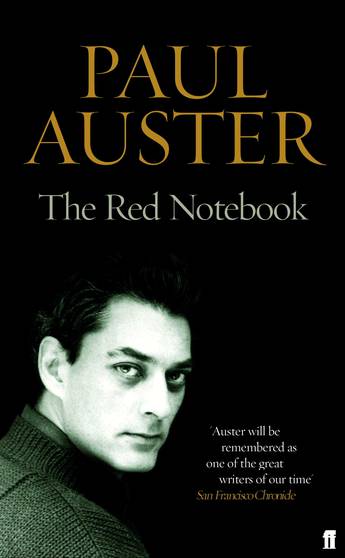 In this acrobatic and virtuosic collection, Paul Auster traces the compulsion to make literature.

In this acrobatic and virtuosic collection, Paul Auster traces the compulsion to make literature. In a selection of interviews, as well as in the collection's title essay, Auster reflects upon his own work, on the need to break down the boundary between living and writing, and on the use of certain genre conventions to penetrate matters of memory and identity.The Red Notebook both undermines and illuminates our accepted notions about literature, and guides us towards a finer understanding of the dangerous stakes of writing. It also includes Auster's impassioned essay 'A Prayer for Salman Rushdie', as well as a set of striking and bittersweet reminiscences collected under the apposite title, 'Why Write?'
More books by this author

Paul Auster was born in Newark, New Jersey in the United States in 1947. He graduated from Columbia University with an MA degree. In 1970 he worked as a merchant seaman on an Esso oil tanker. From 1971 to 1974 he lived in France, spending two years in Paris and one in Provence. After returning to New York in 1974, he began his writing career. Throughout the 1970s he wrote mainly poetry and essays which appeared in various magazines including the New York Review of Books. During the 1980s he concentrated on prose writing: a memoir and four novels were published. His screenplay Smoke and Blue in the Face was published in April 1996 to coincide with the release of the film, and in 1999 Faber published the screenplay Lulu on the Bridge. The Art of Hunger (a collection of essays, interviews and prose) and his Selected Poems were published in 1998. He is the author of nine novels, including The New York Trilogy.