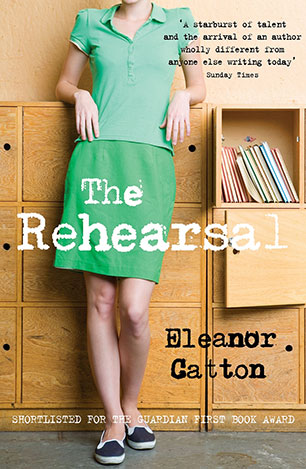 An exhilarating and provocative novel about the unsimple mess of human desire .

A high-school sex scandal jolts a group of teenage girls into a new awareness of their own potency and power. The sudden and total publicity seems to turn every act into a performance and every platform into a stage. But when the local drama school decides to turn the scandal into a show, the real world and the world of the theatre are forced to meet, and soon the boundaries between private and public begin to dissolve .

The Rehearsal is an exhilarating and provocative novel about the unsimple mess of human desire, at once a tender evocation of its young protagonists and a shrewd expose of emotional compromise.
More books by this author

Eleanor Catton was born in 1985 in Canada and raised in New Zealand, where she has won several prizes for this, her first novel, including the 2009 Montana Best First Book Award and the 2008 Glenn Schaeffer Fellowship to the Iowa Writers' workshop.

Shortlisted for the 2009 Montana New Zealand Book Award for Fiction