The Secret Life of Luke Livingstone 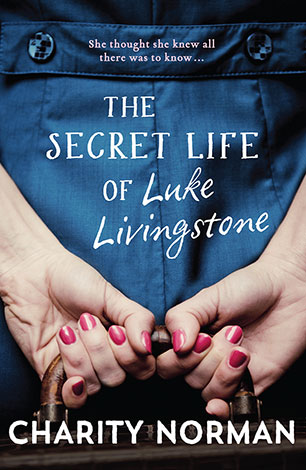 What do you do when you find that your husband - your father, your son - is not who you thought? Can you ever love him again? A beautifully written, sensitive and witty novel of a family in utter chaos.

Girl meets boy. They fall in love, and they marry.

That should have been the end of the story.

Luke Livingstone is a lucky man. He's a father and grandfather, a respected solicitor, a pillar of the community. He has a loving wife in Eilish, children who adore him and an idyllic home in the Oxfordshire countryside.

But Luke is struggling with an unbearable secret, one that is close to destroying him. All his life, Luke has hidden the truth about himself - a truth so fundamental that it will shatter his family, rock his community and leave him an outcast.

Luke has nowhere left to run. He must either end his life, or become the woman he knows himself to be - whatever the cost. His family is tested to its limits, as each of them is forced to consider what makes a person essentially themselves. What do you do when you find that your husband - your father, your son - is not who you thought? Can you ever love him again?

A beautiful and dramatic portrayal of a family in turmoil.
More books by this author

Charity Norman was born in Uganda and brought up in successive draughty vicarages in Yorkshire and Birmingham. After several years' travel she became a barrister, specialising in crime and family law in the northeast of England. Also a mediator, she is passionate about the power of communication to slice through the knots. In 2002, realising that her three children had barely met her, she took a break from the law and moved with her family to New Zealand. Her first novel, Freeing Grace, was published in 2010 and her second, Second Chances, in 2012 (published in the UK as After the Fall) was a Richard and Judy pick. The Son-in-Law, her third novel, was published in 2013.