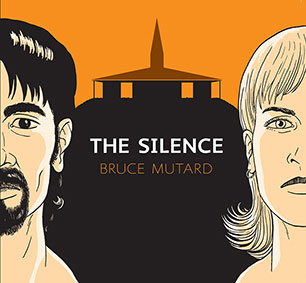 From the creator of The Sacrifice comes a provocative graphic novel about the nature of art, told through the eyes of Choosy McBride, gallery manager and curator, and her artist partner, Dmitri.

When Choosy McBride discovers an extraordinary artwork she is determined to track down the unknown artist. With her partner Dmitri, an artist wrestling with his own creative demons, she follows the trail to an exhibition at an enigmatic gallery in Northern Queensland, but the creator of the mysterious artworks remains elusive. Increasingly frustrated, and resolved on a dramatic course of action, Choosy insists they make a final visit to the gallery. But will the truth revealed there be what either of them expect?

'The action is in the emotions. There is anger, politeness, self-doubt, and white sandy beaches. A beautiful graphic novel that explores the nature and culture of art.' Bernard Caleo
More books by this author