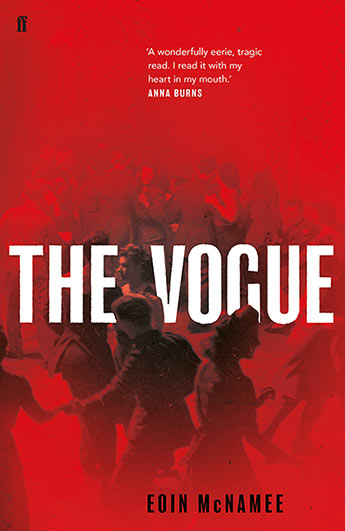 The Vogue is an unforgettable novel of ghosts, lies and the how the past can return in vengeance.

Late 1944, and two teenagers dance the Vogue in silence on the projectionist's floor of the Cranfield Aerodrome. She draws the outlines of their footwork in eyebrow pencil on the white sheet. He loses their bet.

Decades later, a ghost returns to Mourne to identify a body found in the shifting sands. Names have long since been changed; children long since cast out; lies long thought forgotten.

Set against an eerie landscape, awash with secrets, The Vogue is a grimly poetic dance through the intertwined stories of a deeply religious community, an abandoned military base, and a long-shuttered children's Care Home.
More books by this author

Eoin McNamee's novels include Resurrection Man, later made into a film, The Blue Tango, which was longlisted for the Booker Prize, Orchid Blue, described by John Burnside in the Guardian as 'not only a political novel of the highest order but also that rare phenomenon, a genuinely tragic work of art,' and Blue is the Night. He lives in Sligo.