A captivating ghost story by a modern Daphne du Maurier 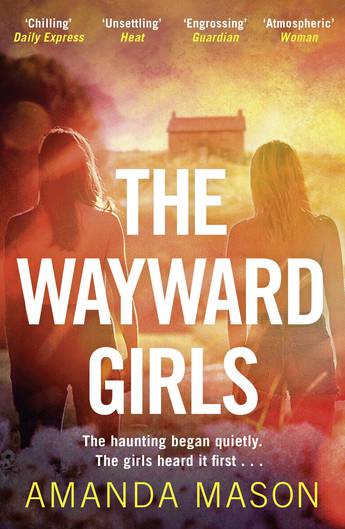 A brilliant debut novel of sisterhood, family secrets and a dangerous game that becomes all too real.

The haunting began quietly. The girls heard it first . . .

THEN
1976. Loo and her sister Bee live in a run-down cottage in the middle of nowhere, with their artistic parents and wild siblings. Their mother, Cathy, had hoped to escape to a simpler life; instead the family find themselves isolated and shunned by their neighbours. At the height of the stifling summer, unexplained noises and occurences in the house begin to disturb the family, until they intrude on every waking moment . . .

NOW
Loo, now Lucy, is called back to her childhood home. A group of strangers are looking to discover the truth about the house and the people who lived there.

But is Lucy ready to confront what really happened all those years ago?

'Extraordinary. Amanda Mason is the master of suspense' - Deborah O'Connor

Amanda Mason was born and brought up in Whitby, North Yorkshire. She studied Theatre at Dartington College of Arts, where she began writing by devising and directing plays. After a few years of earning a very irregular living in lots of odd jobs, including performing in a comedy street magic act, she became a teacher and has worked in the UK, Italy, Spain, and Germany. She now lives in York and has given up teaching for writing. Her short stories have been published in several anthologies. The Wayward Girls, her debut novel, was longlisted for the Deborah Rogers prize.