The Whereabouts of Eneas McNulty 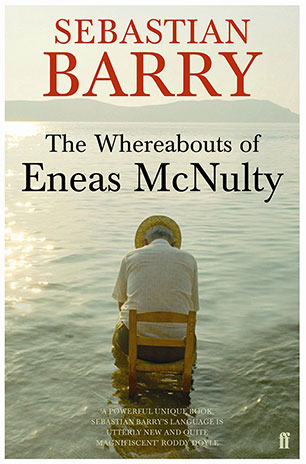 Following the end of the First World War, Eneas McNulty joins the British-led Royal Irish Constabulary. With all those around him becoming soldiers of a different kind, however, it proves to be the defining decision of his life when, having witnessed the murder of a fellow RIC policeman, he is wrongly accused of identifying the executioners. With a sentence of death passed over him he is forced to flee Sligo, his friends, family and beloved girl, Viv. What follows is the story of this flight, his subsequent wanderings, and the haunting pull of home that always afflicts him. Tender, witty, troubling and tragic, The Whereabouts of Eneas McNulty tells the secret history of a lost man.
More books by this author

Sebastian Barry was born in Dublin in 1955. His plays include The Steward of Christendom and The Pride of Parnell Street and his novels include The Whereabouts of Eneas McNulty, Annie Dunne, A Long Long Way and The Secret Scripture. A Long Long Way was shortlisted for the Man Booker Prize and the Dublin International Impac Prize, and was the Dublin: One City One Book for 2007. The Secret Scripture won the Costa Book of the Year award, the Irish Book Awards Best Novel, the Independent Booksellers Prize and the James Tait Black Memorial Prize and was shortlisted for the Man Booker Prize. He lives in Wicklow with his wife and three children.