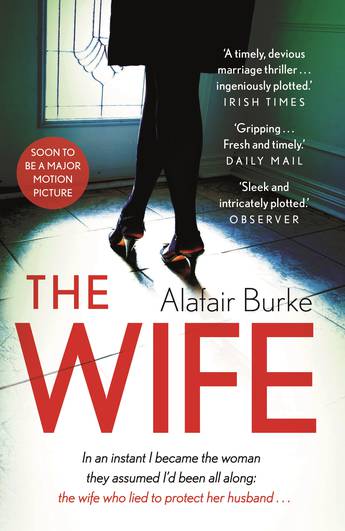 The Wife is the standalone follow-up to Alafair Burke's brilliant, Edgar nominated The Ex (2016)

In our age of accusations, blurred lines, and shifting allegiances, what would you do?

When Angela meets Jason Powell, a brilliant university professor, she assumes their romance to be a fling. But when they marry the following summer and move to Manhattan, Angela feels she's been given the chance to escape her past. Six years later, however, Jason, by now a celebrated liberal figurehead, faces serious allegations made by one of his young college interns, and Angela's seemingly perfect life is under threat ...
More books by this author More books in this series

Alafair Burke is a New York Times bestselling author whose novels include the standalone thrillers The Ex, Long Gone and If You Were Here, and the Ellie Hatcher series. She is also the coauthor of the Under Suspicion series with Mary Higgins Clark. A former prosecutor, she is now a professor of criminal law and lives in Manhattan.