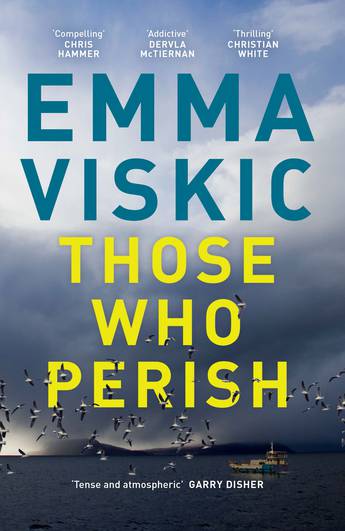 'You should be careful, Mr Zelic. Because the person who killed Peter Taylor will almost certainly kill again.' The detective's glassy eyes didn't blink. 'And you're already in their sights.'

Deaf PI Caleb Zelic has always been an outsider, estranged from family and friends. But when he receives a message that his brother, Anton, is in danger, Caleb sees it as a chance at redemption.

He tracks Anton down to a small, wind-punished island, where secrets run deep and resentments deeper. When a sniper starts terrorising the isolated community, the brothers must rely on each other like never before. But trust comes at a deadly price …

Emma Viskic's critically acclaimed Caleb Zelic novels have been published worldwide. The series has won numerous prizes, including a Ned Kelly Award and an unprecedented five Davitt Awards. Her debut novel, Resurrection Bay, was shortlisted for the UK's prestigious Gold Dagger and New Blood Awards, and a Barry Award in the US. Emma learned Auslan in order to create the character of Caleb, who is profoundly deaf.

Emma was once a classical clarinettist whose musical career ranged from performing with Jose Carreras and Dame Kiri Te Kanawa to busking for beer money in St Kilda. She lives in Naarm/Melbourne, Australia and is currently working on a standalone novel.