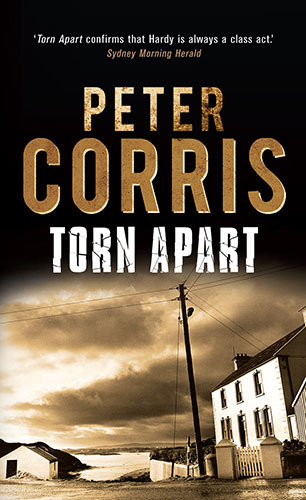 Semi-retired. De-licensed. But Cliff Hardy is once again fighting for justice and tracking down evil when his cousin is brutally murdered - did the shotgun blast find its target, or was it meant for Hardy?

Cliff Hardy may be semi-retired but he's as resolute as ever in fighting for justice and tracking down wrongdoers.

Hardy has never been much of a family man, so when he meets his second cousin Patrick Malloy it's like being hit with a left hook to the solar plexus - Malloy is his double. Cliff and his cousin become friends and travel to attend a gathering of the Irish Travellers - the gypsy-like folk from whom they are descended. On their return, a shotgun blast shatters their camaraderie. But who was the bullet aimed at, Malloy or Hardy? And why is Malloy's ex-wife, Sheila, now making her presence known to Hardy?

Hardy has his enemies and Malloy's to consider as he searches for a killer. Clues point in many directions - to Sheila's motives, to Malloy's suspect business dealings, to old scores being settled. The search takes Hardy north to a paramilitary training camp and to a meeting of Traveller descendants in Kangaroo Valley; everyone seems to have an interest and the playing style is ruthless.

Hardy is de-licensed and out of work . . . but this investigation is personal.
More books by this author More books in this series

Peter Corris has been writing his best selling Cliff Hardy detective stories for thirty years. He's written many other books, including a very successful biography of Fred Hollows and a collection of short stories revolving around the game of golf.