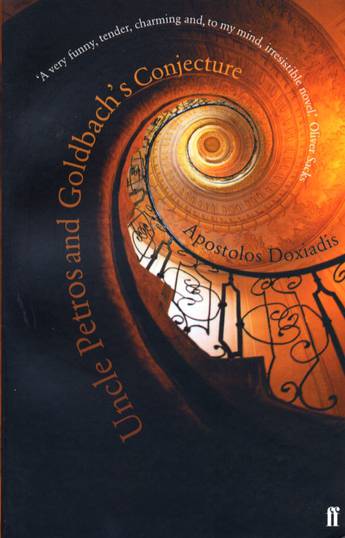 Download cover
Availability: Not available to order from this website, please try another retailer
Uncle Petros is a family joke. An ageing recluse, he lives alone in a suburb of Athens, playing the odd game of chess and tending to his garden. If you didn't know better, you'd surely think he was one of life's failures.

But his young nephew suspects otherwise. For Uncle Petros, he soon discovers, was once a celebrated mathematician. A mathematician brilliant and foolhardy enough to stake everything on solving a problem that has defied all attempts at proof for nearly three centuries - Goldbach's Conjecture. .

Apostolos Doxiadis was born in Australia in 1953 and grew up in Athens. He was admitted to New York's Columbia University at the age of fifteen after submitting an original paper to the Department of Mathematics, and did postgraduate work at the Ecole Pratique des Hautes Etudes in Paris.Apart from writing, Doxiadis has made films, winning the International Center for Artistic Cinemas (CICAE) prize at the 1988 Berlin International Film Festival for his second feature film, Terirem,. He has directed for the theatre, and his translations include Hamlet and Mourning Becomes Electra.His other novels are A Parallel Life (1985), Macabetas (1988) and The Three Little Men (1997).