Watch Out For Me 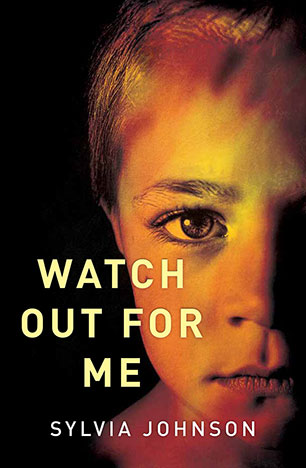 Four children tell a lie to get out of trouble, setting up a chain of events that will be felt across the world forty years later. A suspenseful, shattering psychological thriller in the tradition of Kate Atkinson.

Everything about them seemed atavistic, elemental-wild hair matted like savages, jutting shoulders and collarbones, sharply angular limbs. The movement and wonder were captured and held in suspense, eternally. And in the foreground, slightly off-centre, one of the smallest children, a boy, looking bright-eyed and haunting up through the chaos, straight through to the camera's heart.

Australia, 1967. Four children tell a lie to get out of trouble. As a result, an immigrant worker is wrongly accused of a crime, with horrific repercussions.

Nearly forty years later, in London, police gun down an innocent man suspected of carrying explosives concealed by his overcoat; and in Sydney a short time later, on the final day of a high-security international summit, another suspected terrorist pushes his way through the heat of summer, wearing an overcoat.

As the tension builds in a sweltering city locked down in paranoia, we follow the now-adult children: two in Sydney, drawn into the heart of the unfolding drama; one in Italy, raging against global panic and mob hysteria; and one in Morocco, caught up in an anti-Western riot.

Taut, haunting and offering no mercy from the relentlessly escalating suspense, Watch Out For Me is an astonishing novel that takes you to the heart of the fear and joy of childhood-and its secrets which can never be forgotten or outrun. The past resurfaces as a city holds its breath, and it is not only the children who will be forced to confront the consequences of that long-ago lie.
More books by this author

Sylvia Johnson has written for ABC TV, internationally awarded educational videos for the NSW Dept of Education, and a young adult novel, Callie and The Prince (1996).