We That Are Left 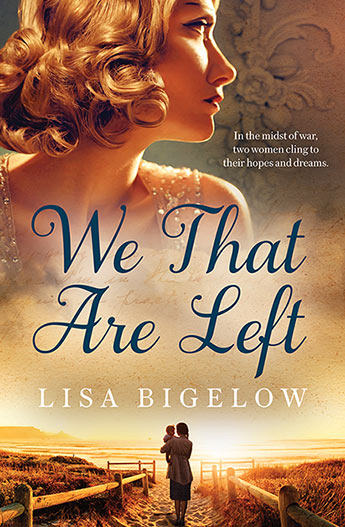 A moving debut novel about love and war, and the terrifyingly thin line between happiness and tragedy, hope and despair.

Melbourne, 1941. Headstrong young Mae meets and falls head over heels in love with Harry Parker, a dashing naval engineer. After a whirlwind courtship they marry and Mae is heavily pregnant when she hears that Harry has just received his dream posting to HMAS Sydney. Just after Mae becomes a mother, she learns Harry's ship is missing.

Meanwhile, Grace Fowler is battling prejudice to become a reporter on the afternoon daily newspaper, The Tribune, while waiting for word on whether her journalist boyfriend Phil Taylor, captured during the fall of Singapore, is still alive.

Surrounded by their friends and families, Mae and Grace struggle to keep hope alive in the face of hardship and despair. Then Mae's neighbour and Grace's boss Sam Barton tells Mae about a rumour that the Japanese have towed the damaged ship to Singapore and taken the crew prisoner. Mae's life is changed forever as she focuses her efforts on willing her husband home.

Set in inner Melbourne and rural Victoria, We That Are Left is a moving and haunting novel about love and war, the terrifyingly thin line between happiness and tragedy, and how servicemen and women are not the only lives lost when tragedy strikes during war.

Lisa Bigelow's life revolves around story-telling. An avid reader from age five, her career as a journalist and communicator has been all building and delivering compelling stories about water resources, climate change and any issue that interests her audiences. She recently completed a Masters Degree in Communication and aims to use her writing to illuminate ongoing issues and make them accessible to a wide readership. We That Are Left is her first novel.

We That Are Left Chapter Sampler by Allen & Unwin on Scribd