When They Lay Bare 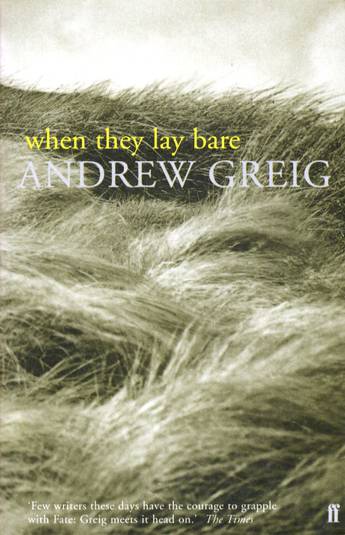 Download cover
Availability: Not available to order from this website, please try another retailer
A young woman arrives on an estate in the Borders bearing a set of antique plates which tell the story of one of the Border Ballads, a story from which she hopes to discover the secret behind events from her own past. Old voices and feuds haunt the telling, as the lives of those on the estate are stirred up by her arrival.
More books by this author

Andrew Greig was born in Bannockburn near Stirling in 1951. He completed an MA in Philosophy at Edinburgh University and then worked in a variety of jobs, including salmon netting, hop picking and farm work. He 'survived' as a poet for nearly 20 years thanks to the Scottish Arts Council and various bursaries, as well as teaching creative writing in schools and giving readings. He was Writer-in-Residence at Glasgow University from 1979-1981, and at Edinburgh University from 1992-1994.