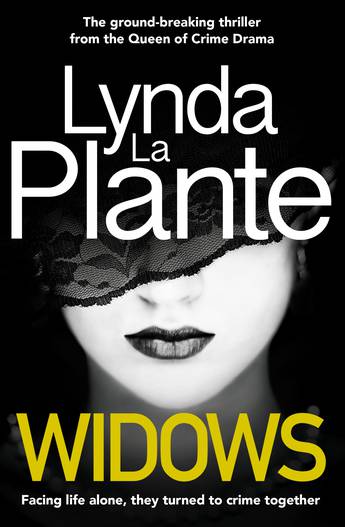 Facing life alone, they turned to crime together.

Dolly Rawlins, Linda Perelli and Shirley Miller are left devastated when their husbands are killed in a security van heist that goes disastrously wrong.

When Dolly discovers her husband Harry's bank deposit box, containing a gun, money - and detailed plans for the hijack - she realises that she only has three options:

1. Give up and forget she ever found them;
2. Hand over Harry's ledgers to the police, or to the thugs that have been hassling her for information they think she has;
3. She and the other widows could carry out the robbery themselves

Novices in the craft of crime, the three women make their preparations. Along the way they discover that Harry's plan required four people, not three. But only three bodies were discovered in the carnage of the original hijack - so who was the fourth man, and where is he now?

Recruiting hooker Bella O'Reilly as their fourth, the widows are determined to execute their plan. Facing mounting pressure from DI Resnick, and local thugs Arnie and Tony Fisher, can they stick together and finish the job their husbands started?
More books by this author

Her original script for the much-acclaimed Prime Suspect won awards from BAFTA, Emmys, British Broadcasting and Royal Television Society. Tennison was adapted by ITV and broadcast in March 2017 in the UK with international broadcast to follow.