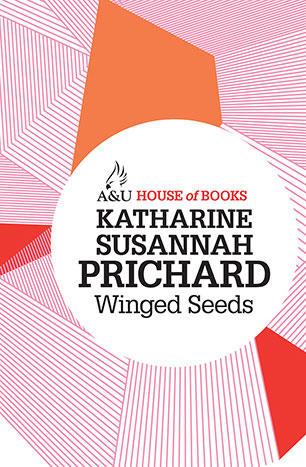 The final novel in Katharine Susannah Prichard's stirring saga about the lives of a remarkable woman and her family during the gold rush in Western Australia.

It is 1936. Sally Gough is now a widow, living with her lover Frisco de Morphe, who has always loved her. The third generation of Goughs, Sally's grandchildren, make their lives on the land.

Once again, global events threaten to overtake them: the Depression has tightened its hold. There is tumult at home on the goldfields. Sally's grandson Bill has taken up the torch of socialism from his uncle Tom Gough and organises his fellow miners.

Then war breaks out, and Sally's family is threatened as never before as Bill and his comrades are called away to the trenches of Europe.
More books by this author

Katharine Susannah Prichard was born in 1883 in Fiji. Her family moved to Australia in 1886, and she spent her childhood in Melbourne and Launceston.

Prichard worked as a journalist and travelled to London, where the appalling gulf between poverty and plenty affected her deeply, sowing the seeds for her later commitment to spending her life fighting for a fairer world. In 1915 her first published novel, The Pioneers, won the Hodder & Stoughton All Empire Novel Competition, which enabled her return to Australia to write 'about Australia and the realities of life for the Australian people'.

In 1919 she married war veteran Hugo Throssell VC and they moved to Perth, where their son, Ric Throssell, was born in 1922.

Prichard is the author of thirteen novels, among them Working Bullocks (1926), Coonardoo (1929), Haxby's Circus (1930) and Golden Miles (1948). She was a foundation member of The Australian Communist Party, and remained a committed member until her death in 1969, aged eighty-six.