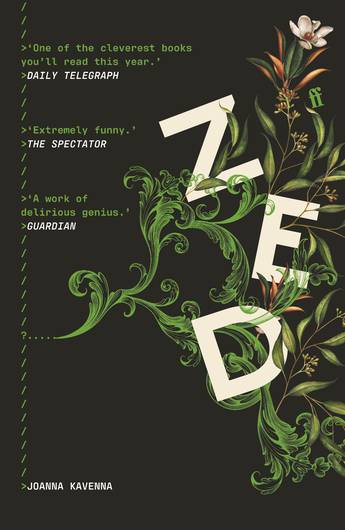 A darkly ironic novel of ideas, a dystopia, and an absurdist thriller, from the award-winning novelist, Joanna Kavenna.

Self-anointed guru of the Digital Age, Guy Matthias, CEO of Beetle, has become one of the world's most powerful and influential figures. Untaxed and ungoverned, his trans-Atlantic company essentially operates beyond the control of Governments or the law.

But trouble is never far away, and for Guy a perfect storm is brewing: his wife wants to leave him, fed up with his serial infidelities; malfunctioning Beetle software has led to some unfortunate deaths which are proving hard to cover up; his longed for deal with China is proving troublingly elusive and, among other things, the mystery hacker, Gogol, is on his trail.

With the clock ticking, Guy, his aide Douglas Varley, Britain's flailing female PM, conflicted national security agent Eloise Jayne, depressed journalist David Strachey, and Gogol, whoever that may be - the question is becoming ever more pressing, how do you live in reality when nobody knows anything, and all knowledge, all certainty, is partly or entirely fake?
More books by this author

Joanna Kavenna is the author of several works of fiction and non-fiction including The Ice Museum, Inglorious, The Birth of Love and A Field Guide to Reality. Her short stories and essays have appeared in the New Yorker, the LRB, the New Scientist, the Guardian and the New York Times. In 2008 she won the Orange Prize for New Writing, and in 2013 she was named one of Granta's Best Young British Novelists.