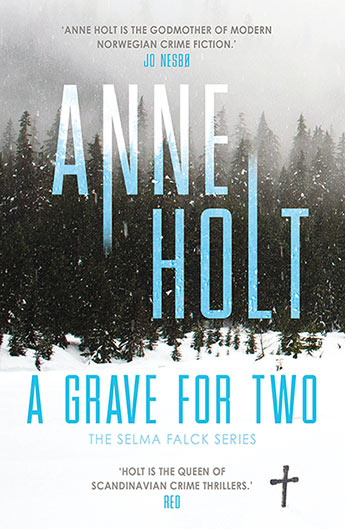 A Grave For Two is the first installment in Anne Holt's new crime series featuring Selma Falck - a thrilling, intricate and page-turning new novel from the godmother of Norwegian crime fiction.

However, when a male skier is found dead after a training accident, it becomes clear to Selma that there is something more serious at risk. Encountering corruption, hidden enmity and shady connections, the pattern of recent crimes and ancient sins becomes undeniable. As Selma's race against time begins, she realizes that more lives are at stake...
More books by this author More books in this series