A Lily of the Field 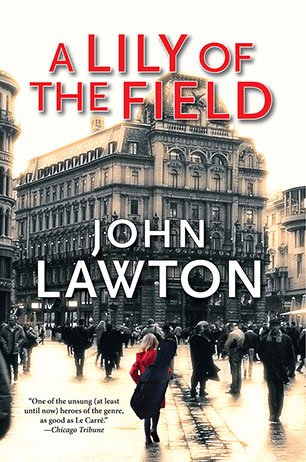 Bringing to life pre-war Vienna and post-war London - spanning the rise of Hitler to the post-atomic age - this breathtaking novel is espionage fiction at its best.

'Observe in what an original world we are now living: how many men can you find in Europe who have never killed; or whom somebody does not wish to kill?'

The Isle of Man, 1940. An interned Hungarian physicist is recruited for the Manhattan Project in Los Alomos, building the atom bomb for the Americans.

Auschwitz, 1944. Meret is impresoned but is saved from certain death to play the cello in the camp orchestra. She is playing for her life.

London, 1948. Viktor Rosen wants to relinquish his Communist Party membership after thirty years. His comrade and friend reminds him that he committed for life .

These seemingly unconnected strands all collide forcefully with a brazen murder on a London Underground platform, revealing an intricate web of secrecy and deception.

The ensuing events have personal significance for Scotland Yard Detective Frederick Troy. He finds himself pursuing a case with deadly and far-reaching consequences that ultimately threaten the balance of power in Europe.
More books by this author

John Lawton is the director of over forty television programs, author of a dozen screenplays, several children's books and seven Inspector Troy novels. Named by the Daily Telegraph as one of 'Fifty Crime Writers to Read Before You Die' and selected by Time magazine as one of 'Six Detective Series to Savour', Lawton's work has earned him comparisons to John le Carre and Alan Furst. Lawton lives in a remote hilltop village in Derbyshire, England.