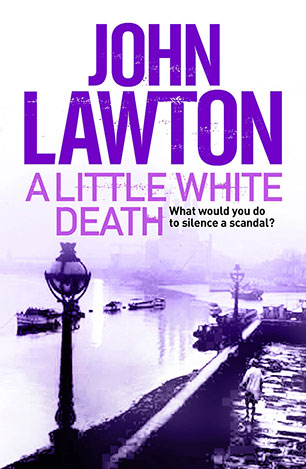 1963: A Tory government beset by a defection, sexual scandal, cover-up and a ministerial resignation - Frederick Troy, now Britain's most senior police detective, unravels a trail that leads to death at the very heart of the Establishment and a failing administration.

England is a country set to explode but Troy is fighting his own battle against ill-health. While he is on medical leave, the Yard brings charges against an acquaintance of his, a hedonistic doctor with a penchant for voyeurism and young women, two of whom just happen to be sleeping with a senior man at the Foreign Office as well as a KGB agent.

But on the eve of the verdict a curious double case of suicide drags Troy back into active duty. Beyond bedroom acrobatics, the secret affairs now stretch to double crosses and deals in the halls of power, not to mention murder.

It's all Troy can do to stay afloat as he discovers just how far the English are prepared to go to silence a scandal.
More books by this author More books in this series

Named by the Daily Telegraph as one of 'Fifty Crime Writers to Read Before You Die' and selected by Time magazine as one of 'Six Detective Series to Savour,' Lawton's work has earned him comparisons to John le Carre and Alan Furst. Lawton lives in a remote hilltop village in Derbyshire.