A Long Way to Shiloh 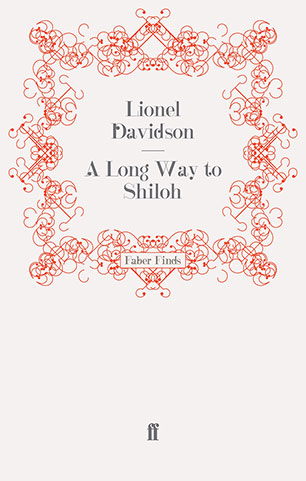 Casper Laing, the young, fiery and brilliant Professor of Semitic Languages, is asked to decipher an ancient parchment found in Israel. Piecing together its mysterious fragments, his translation soon reveals directions to a shrouded location. Believed to be the secret hiding place of the True Menorah, an ancient and priceless Jewish candelabrum, the Jordanians and Israelis begin a frantic race to claim the prize. Surrounded by violent and treacherous rivals, Casper is enjoined on a deadly adventure deep into the burning Negev desert.

A Long Way to Shiloh (1966), Lionel Davidson's third novel, was a Book Society Choice and won the Crime Writers' Association Gold Dagger Award as well as the Crime Critics' Award for Best Thriller of the Year. Published in the USA as The Menorah Men, it was a no. 1 bestseller on both sides of the Atlantic. It further cemented his reputation as one of the pre-eminent genre writers of his generation, and was described by the Guardian as 'first-rate' and by the New York Times as 'a supple delight in which learning, wit and style are beautifully integrated'.
More books by this author

Lionel Davidson was born in 1922 in Hull, Yorkshire. He left school early and worked as a reporter before serving in the Royal Navy during World War II. His first novel, The Night of Wenceslas, was published in 1960 to great critical acclaim and drew comparisons to Graham Greene and John le Carre. It was followed by The Rose of Tibet (1962), A Long Way to Shiloh (1966) and The Chelsea Murders (1978). He has thrice been the recipient of the Crime Writers? Association Gold Dagger Award and, in 2001, was awarded the CWA?s Cartier Diamond Dagger lifetime achievement award.