A Tapping at My Door 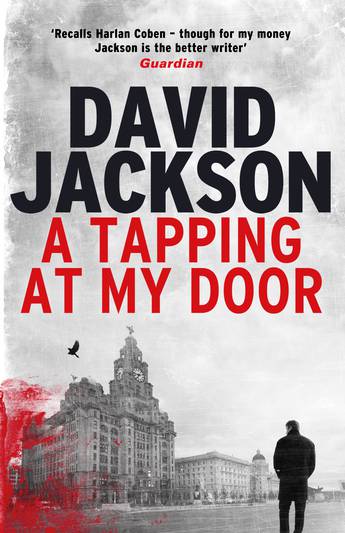 From the bestselling author of Cry Baby, the beginning of a brilliant and gripping police procedural series set in Liverpool, perfect for fans of Peter James and Mark Billingham.

A woman at home in Liverpool is disturbed by a persistent tapping at her back door. She's disturbed to discover the culprit is a raven, and tries to shoe it away. Which is when the killer strikes.

DS Nathan Cody, just back to work after an undercover mission that went horrifyingly wrong, is put on the case. But the police have no leads, except the body of the bird - and the victim's missing eyes. As flashbacks from his past begin to intrude, Cody realises he is battling not just a murderer, but his own inner demons too. And then the killer strikes again, and Cody realises the threat isn't to the people of Liverpool after all - it's to the police.

Following the success and acclaim of the Callum Doyle novels, A Tapping at My Door is the first instalment of David Jackson's new Nathan Cody series.
More books by this author More books in this series

David Jackson is the author of a series of crime thrillers featuring New York Detective Callum Doyle. His debut novel, Pariah, was Highly Commended in the Crime Writers' Association Debut Dagger Awards. When not writing fiction, David spends his time as a lecturer in a university science department. He also gives occasional workshops on creative writing. He lives on the Wirral peninsula with his wife and two daughters. David can be followed on Twitter, where he goes under the name @Author_Dave.