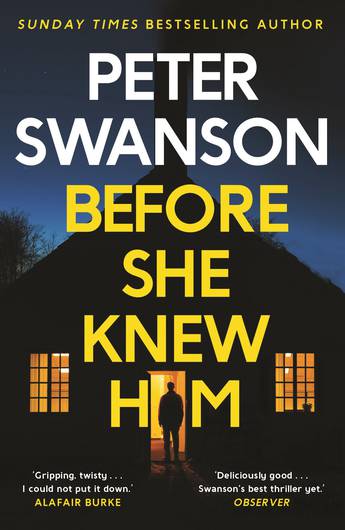 From Peter Swanson, author of The Kind Worth Killing and All the Beautiful Lies, comes a novel as brilliant, dark, coruscating and surprising as Patricia Highsmith and Ira Levin at their very best.

'They had a secret, the two of them, and there was no better way to start a friendship than with a secret.'

When Hen and Lloyd move into their new house in West Dartford, Mass, they're relieved to meet, at their first block party, the only other seemingly-childless couple in their neighborhood, Matthew and Mira Dolamore. Turns out they live in the Dutch Colonial immediately next door.

From its deeply unsettling opening, Peter Swanson, the master of contemporary domestic thrillers, fashions a novel as brilliant, dark, coruscating and surprising as Patricia Highsmith and Ira Levin at their very best.
More books by this author