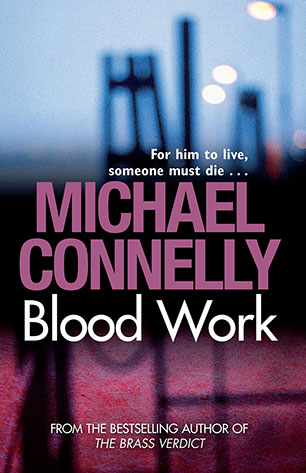 Terry McCaleb, one of the most effective serial-killer investigators in the history of the FBI, hunts down his heart donor's killer.

In Blood Work, Connelly introduces a new character, Terry McCaleb, who was a top man at the FBI until a heart ailment forced his early retirement. Now he lives a quiet life, nursing his new heart and restoring the boat on which he lives in Los Angeles Harbor. Although he isn't looking for any excitement, when Graciela Rivers asks him to investigate her sister Gloria's death, her story hooks him immediately: the new heart beating in McCaleb's chest is Gloria's.

As McCaleb investigates the evidence in the case, the suspected randomness of the crime gives way to an unsettling suspicion of a twisted intelligence behind the murder. Soon McCaleb finds himself on the trail of a killer more horrifying than anything he ever encountered before.
More books by this author