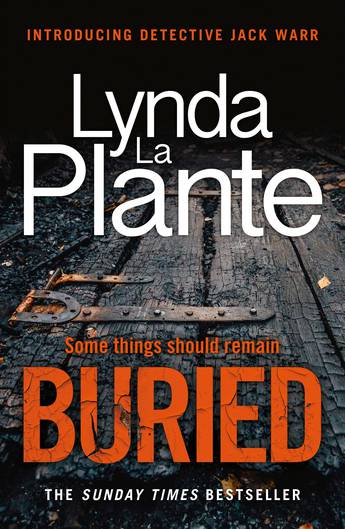 The first book in a brand new thriller series by the Queen of Crime Drama, Lynda La Plante. A burnt-out cottage, a fortune buried in the ashes - and a body that could solve a decades-old crime.

SOME THINGS SHOULD REMAIN BURIED . . .

DC Jack Warr and his girlfriend Maggie have just moved to London to start a new life together. Though charming, Jack can't seem to find his place in the world - until he's drawn into an investigation that turns his life upside down.

In the aftermath of a fire at an isolated cottage, a badly charred body is discovered, along with the burnt remains of millions of stolen, untraceable bank notes.

Jack's search leads him deep into a murky criminal underworld - a world he finds himself surprisingly good at navigating. But as the line of the law becomes blurred, how far will Jack go to find the answers - and what will it cost him?

'It's quite a challenge to make a detective constable the lead character in a crime novel, but Lynda La Plante does a cracking job of it in Buried. DC Jack Warr is clearly destined for higher things, and I look forward to following his progress' - PETER ROBINSON, No. 1 Sunday Times bestselling author of the DCI Banks series

'A compelling, clever plot with a brilliant cast of diverse characters. Utterly riveting' - RACHEL ABBOTT, million-selling author of ONLY THE INNOCENT