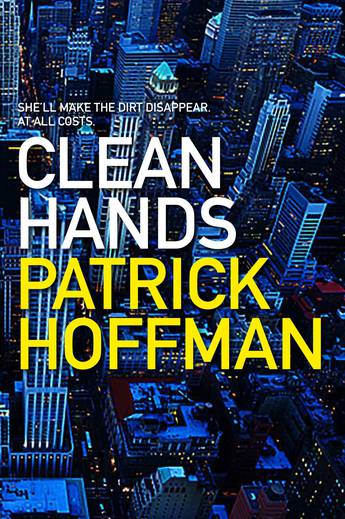 A breakout thriller about a powerful law firm on the brink of disaster, and the woman charged with making all their problems go away.

Corporate lawyer Elizabeth Carlyle is under pressure. Her prestigious New York law firm is working on a high-stakes case, defending a prominent bank that's been accused of fraud. When Elizabeth gets the news that one of her junior associates has lost his phone - and the secret documents that were on it - she needs help. Badly.

Enter ex-CIA officer Valencia Walker, a high-priced fixer who gets called in when wealthy corporations, people and governments need their problems solved discreetly. But things get complicated when the missing phone is retrieved: somebody has already copied the documents, and now they're blackmailing the firm. The situation gets murkier still when stories about the documents start appearing in the press and a tragic suicide appears staged, hinting that darker forces may be churning below the surface. With billions of dollars on the line, Elizabeth and Valencia must outmanoeuvre their tormentors, all the while keeping their hands clean.

In a world of private security, private diplomacy and private justice, a sharply-drawn cast of characters - including dirty lawyers, black-market traders and Russian criminals - take part in this breakneck tour through New York. Authentic, tense and impossible to put down, Clean Hands offers a vivid perspective on the connections between corporations, government and the underworld.
More books by this author

Patrick Hoffman is a writer and private investigator based in Brooklyn. His first novel, The White Van, was a finalist for the Crime Writers' Association Ian Fleming Steel Dagger Award and his books have been named Wall Street Journal, BuzzFeed, and San Francisco Chronicle Best Books of the Year.