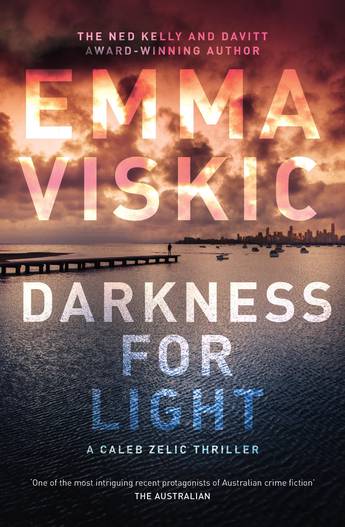 The third thrilling instalment in the award-winning Caleb Zelic series.

After a lifetime of bad decisions troubled PI Caleb Zelic is finally making good ones. He's in therapy, reconnecting with the Deaf community, and reconciling with his beloved wife.

But he can't escape his past.

A violent confrontation forces Caleb back into contact with his double-crossing partner, Frankie. When her niece is kidnapped, Frankie and Caleb must work together to save the child's life. But their efforts will risk everything, including their own lives.
More books by this author

Emma Viskic is author of the critically acclaimed Caleb Zelic series. Resurrection Bay won the 2016 Ned Kelly Award for Best First Fiction, as well as an unprecedented three Davitt Awards: Best Adult Novel, Best Debut, and Readers' Choice. It was iBooks Australia's Crime Novel of the Year and was shortlisted for the UK Crime Writers' Association Gold Dagger and New Blood awards. Its sequel, And Fire Came Down, won the 2018 Davitt Award for Best Novel. Also a classically trained clarinettist, Emma studied at the Victorian College of the Arts and the Rotterdam Conservatorium. Her musical career ranged from performing with José Carreras and Dame Kiri Te Kanawa, to playing at an engagement party that ended in a brawl.