A Collins and Griffiths Detective Novel 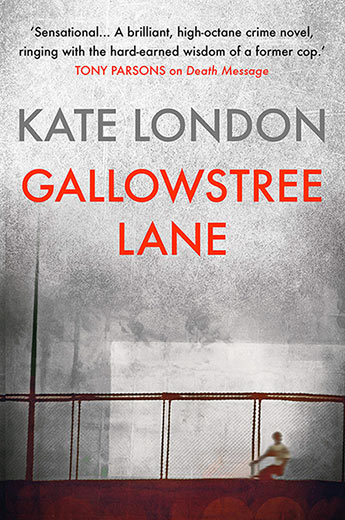 The third in the Collins and Griffiths detective series.

Please don't let me die. Please don't. The final words of teenager Spencer Cardoso as he bleeds out on a London street, his life cut short in a single moment of rage.

Detective Inspector Kieran Shaw's not interested in the infantry. Shaw likes the proper criminals, the ones who can plan things.

For two years he's been painstakingly building evidence against an organized network, the Eardsley Bluds. Operation Perseus is about to make its arrests.

So when a low-level Bluds member is stabbed to death on Gallowstree Lane, Shaw's priority is to protect his operation. An investigation into one of London's tit for tat killings can't be allowed to derail Perseus and let the master criminals go free.

But there's a witness to the murder, fifteen-year-old Ryan Kennedy. Already caught up in Perseus and with the Bluds, Ryan's got his own demons and his own ideas about what's important.

As loyalties collide and priorities clash, a chain of events is triggered that draws in Shaw's old adversary DI Sarah Collins and threatens everyone with a connection to Gallowstree Lane...

'Kate London, the new rising star of crime fiction, is the real thing. Read everything she writes.' - Tony Parsons
More books by this author More books in this series

Kate London graduated from Cambridge University and moved to Paris where she trained in theatre. In 2006 Kate joined the Metropolitan Police Service. She finished her career working as part of a Major Investigation Team on SC&O1 - the Metropolitan Police Service's Homicide Command. She resigned from the MPS in August 2014. Her debut novel Post Mortem was published by Corvus in 2015, followed by Death Message in 2017.