In the Morning I'll be Gone 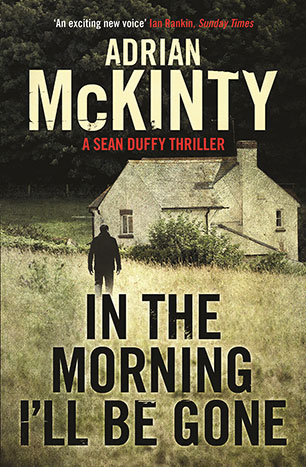 The third Sean Duffy thriller: a spectacular escape and a man-hunt that could change the future of a nation - and lay one man's past to rest.

Sean Duffy's got nothing. And when you've got nothing to lose, you have everything to gain. So when MI5 come knocking, Sean knows exactly what they want, and what he'll want in return, but he hasn't got the first idea how to get it.

Of course he's heard about the spectacular escape of IRA man Dermot McCann from Her Majesty's Maze prison. And he knew, with chilly certainty, that their paths would cross. But finding Dermot leads Sean to an old locked room mystery, and into the kind of danger where you can lose as easily as winning.

From old betrayals and ancient history to 1984's most infamous crime, Sean tries not to fall behind in the race to annihilation. Can he outrun the most skilled terrorist the IRA ever created? And will the past catch him first?
More books by this author

Adrian McKinty was born and grew up in Northern Ireland. He studied law, politics and philosophy at university. He moved to New York City in the early 1990's where he worked in bars, bookstores and building sites. He now lives in Melbourne, Australia. His first Sean Duffy novel The Cold Cold Ground (9781846688232) won the 2013 Spinetingler Award and its sequel I Hear The Sirens In The Street (9781846688188) was shortlisted for the 2013 Ned Kelly Award.