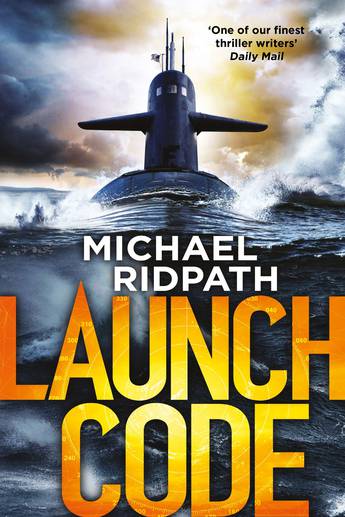 From the million-copy bestselling author, perfect for fans of Das Boot, The Hunt for Red October, Mark Dawson, Alan Furst and Mark Billingham.

1983: Three hundred feet beneath the Atlantic, submarine Lieutenant Bill Guth receives the order he's been dreading: a full nuclear strike against the USSR. Crisis is soon averted, but in the chaos that follows, one crew member ends up dead...

2019: Bill's annual family gathering is interrupted when a historian turns up, eager to uncover the truth about the near-apocalyptic Cold War incident. Bill refuses to answer, but that night the man is brutally murdered.

What happened all those years ago? How much is Bill to blame for events in the past? And who will stop at nothing to keep the secrets of 1983 where they belong?

'Deadly state secrets and deadlier family secrets - perfectly crafted, scrupulously researched Launch Code weaves an ingeniously dark and tangled web that will keep you gripped and guessing to the very end. Ridpath is one of the best thriller writers around.' - Craig Russell, author of The Devil Aspect
More books by this author

Michael Ridpath spent eight years as a bond trader in the City before giving up his job to write full time. He lives in north London with his wife and three children. Visit his website at www.michaelridpath.com.