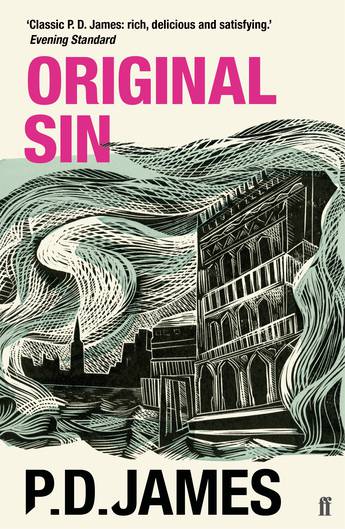 Set on the banks of the River Thames in the literary world,P.D. James's Original Sin is the ninth Adam Dalgliesh mystery and a brilliant work of crime fiction from the bestselling author of Death Comes to Pemberley.

The Peverell Press, a two-hundred-year-old publishing firm housed in a dramatic mock-Venetian palace on the Thames, is certainly ripe for change. But the proposals of its ruthlessly ambitious new managing director, Gerard Etienne, have made him dangerous enemies - a discarded mistress, a neglected and humiliated author, and rebellious colleagues and staff. When Gerard's body is discovered bizarrely desecrated, there is no shortage of suspects and Dalgliesh and his team are confronted with a puzzle of extraordinary complexity and a murderer who is prepared to strike again.
More books by this author More books in this series