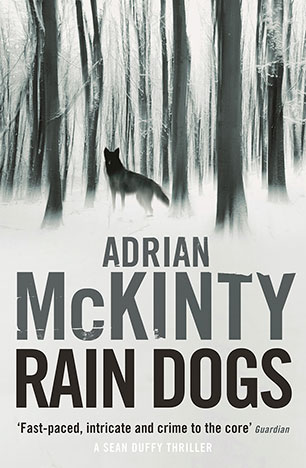 A death in a historic castle, locked up overnight. It almost looks like a suicide, but then Sean Duffy pulls on a few little threads, and the whole Establishment could come undone ...

'McKinty's Troubles-set tales of sarky Belfast cop Sean Duffy are becoming one of the great crime series ... Brilliant!' - THE SUN

'It blew my doors off' - IAN RANKIN

It's just the same things over and again for Sean Duffy. Riot duty. Heartbreak. Cases he can solve but never get to court. But what detective gets two locked room mysteries in one career?

When journalist Lily Bigelow is found dead in the courtyard of Carrickfergus castle, it looks like a suicide. But there are just a few things that bother Duffy enough to keep the case file open. Which is how he finds out that she was working on a devastating investigation of corruption and abuse at the highest levels of power in the UK and beyond. His investigation leads Duffy to Helsinki, following the Finnish businessmen Lucy Bigelow had an interest in.

And so Duffy has two impossible problems on his desk: who killed Lily Bigelow? And what were they trying to hide?

Adrian McKinty was born in Carrickfergus, Northern Ireland, and grew up at the height of the Troubles. He studied law, politics and philosophy at university. In the early 1990s he moved to New York City where he worked in bars, bookstores and building sites. He now lives in Melbourne, Australia.
The first Sean Duffy novel The Cold Cold Ground won the 2013 Spinetingler Award, its sequel I Hear The Sirens In The Street was shortlisted for the 2013 Ned Kelly Award, and Sean Duffy Thriller #3, In the Morning I'll be Gone, won the 2014 Ned Kelly Award and was picked as one of the top 10 crime novels of 2014 by the American Library Association.