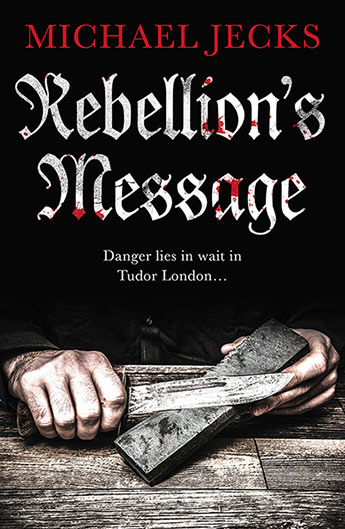 Introducing Tudor cutpurse and adventurer Jack Blackjack in the first of a historical mystery series set in 1550s London.

London, 1554. Light-fingered Jack Blackjack wakes in a tavern's yard with a sore head, his knife smeared with blood and a dead stranger lying beside him. Jack may have robbed the man but he's certain that he didn't kill him.

Unfortunately, the man's purse contains something much more valuable than money and, as the prime suspect for the murder, everyone is on Jack's tail. He needs to get out of the city, and fast, but a rebel army is marching on London: the bridge is blocked and every gate manned. Trapped in the city, Jack must avoid being caught long enough to find the real murderer.
More books by this author More books in this series

Michael Jecks' books have won wide acclaim in the UK and abroad, and been shortlisted for prizes such as the Theakstons Old Peculier Crime Novel of the Year Award. His Medieval West Country mysteries have sold over 185,000 copies. Jecks has been the organiser of the Crime Writers' Association's Debut Dagger and a judge for the CWA Ian Fleming Steel Dagger. In 2016 he was honoured to be elected as Hon. Secretary of the prestigious Detection Club.