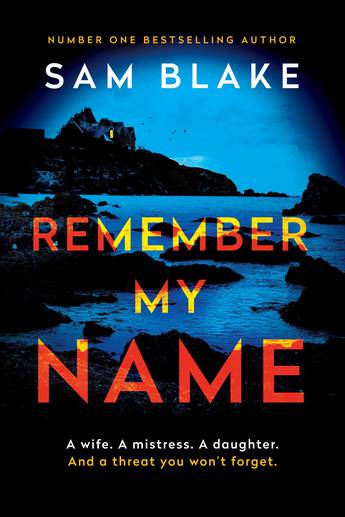 A brilliantly twisty psychological thriller from the bestselling author of Keep Your Eyes on Me and The Dark Room.

If she'd turned off her phone, instead of listening in, perhaps no one would have died...

When Cressida Howard catches her entrepreneur husband playing away from home, she hires security expert Brioni O'Brien to get the evidence she needs for a speedy and financially rewarding divorce.

But what Brioni uncovers goes beyond simple infidelity. Because Laurence Howard is also in bed with some very dangerous people. Bribery and blackmail are the least of his worries as someone comes after the women in his life - someone who is out to destroy Laurence and his empire, whatever the cost.

And Cressida and her teenage daughter could soon be collateral damage, if she and Brioni don't act fast.
More books by this author

Sam Blake has been writing fiction since her husband set sail across the Atlantic for eight weeks and she had an idea for a book. Her debut novel, Little Bones, was No 1 in Ireland for four weeks, and was nominated for Irish Crime Novel of the Year. It launched the bestselling Cat Connolly trilogy. Her first standalone psychological thriller, Keep Your Eyes On Me, went straight to No 1 and its follow-up, The Dark Room was an Eason Ireland No 1 for three weeks.

Sam is originally from St. Albans in Hertfordshire but has lived at the foot of the Wicklow mountains for more years than she lived in the UK. She has two teenagers, three cats and lives in a 200-year-old cottage with an occasional poltergeist who moves things at the most inconvenient moments.

Follow her on social @samblakebooks. Visit www.samblakebooks.com for news and events and get a bonus free short story in audio & text when you subscribe to her newsletter.