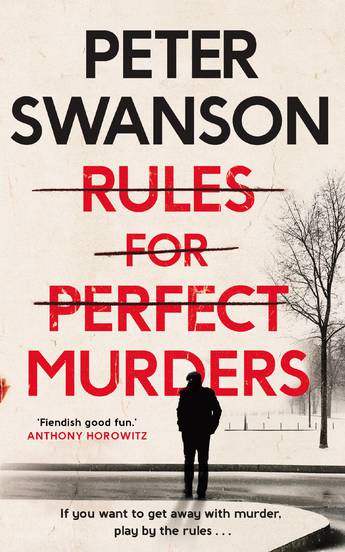 The brilliantly twisty and intelligent thriller from Peter Swanson.

If you want to get away with murder, play by the rules...

Years ago Malcolm Kershaw wrote a list of his 'Eight Favourite Murders' for his Old Devils mystery bookshop blog. Among others, it included those from Agatha Christie's The ABC Murders, Patricia Highsmith's Strangers on a Train and Donna Tartt's The Secret History.

Now, just before Christmas, Malcolm finds himself at the heart of an investigation - as an FBI agent believes someone may be re-enacting each of the murders on his list.

Can the killer be stopped before they get away with eight perfect murders?

Peter Swanson's novels include The Girl With a Clock for a Heart, nominated for an LA Times book award, The Kind Worth Killing, a Richard and Judy pick and the iBooks store's thriller of the year in 2015, and, most recently, Before She Knew Him. He lives with his wife and cat in Somerville, Massachusetts.