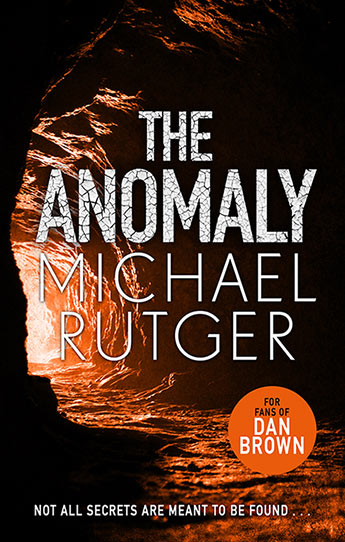 An utterly gripping action adventure in the grand tradition of Michael Crichton that will leave you breathless.

A TV crew arrive in the Grand Canyon led by Nolan Moore, amateur archaeologist and host of The Anomaly Files, a web-based show dismissed by the experts but adored
by conspiracy theorists. Following the trail of a turn of the century explorer, the team seek proof of a hidden cave within the canyon, filled with ancient treasures.

At first, it seems that, once again, the crew will be returning to LA empty-handed. But then their luck turns. They find a cave - and artifacts beyond their wildest imagination. But soon the team's elation will descend into a nightmare as they become trapped within the cavern's dark passages with little possibility of escape. Then events take an even more terrifying turn...

An utterly gripping action adventure for fans of Michael Crichton, Indiana Jones and the X Files, The Anomaly will leave you breathless until the final page has
been turned.
More books by this author

Michael Rutger is a screenwriter whose work has been optioned by major Hollywood studios. He lives in California with his wife and son.

The Anomaly Chapter Sampler by Allen & Unwin on Scribd